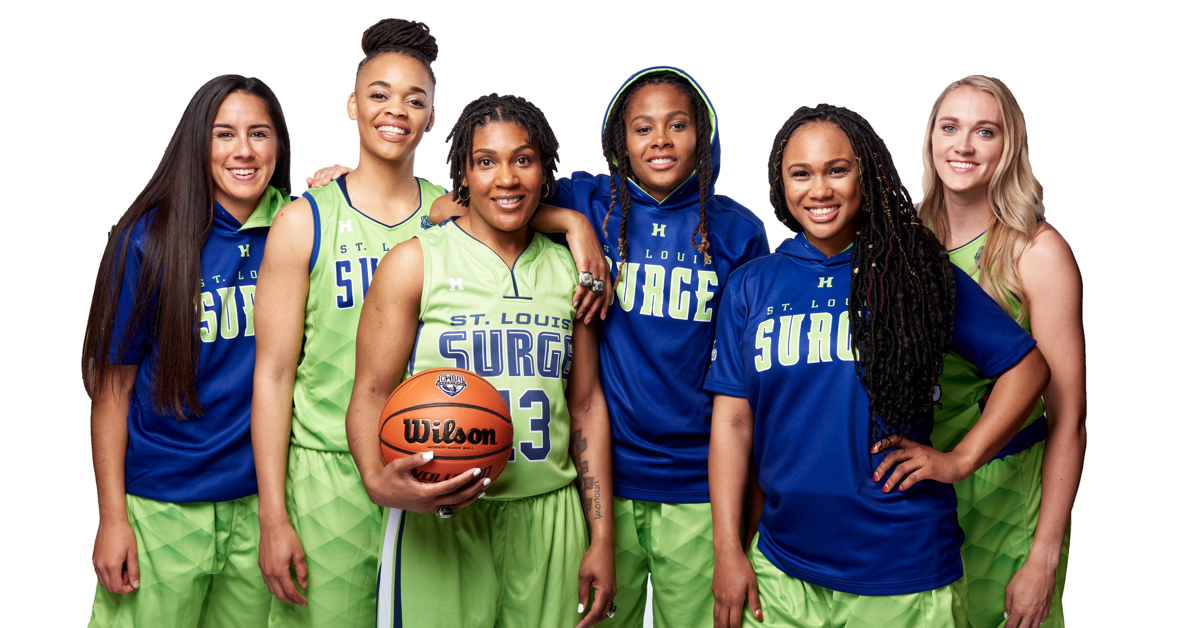 The St. Louis Surge find the winning combination with Capturelife to connect players and fans on game day and beyond.

With Capturelife at their side, the Surge professional women’s basketball team created an entirely new fan experience during their 2019 season 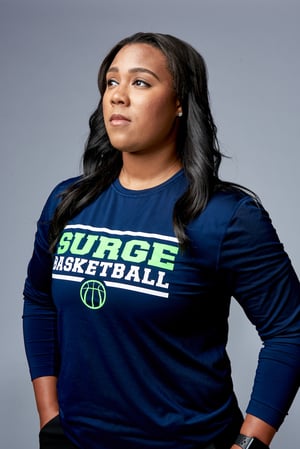 When you have a growing team, you look for creative ways to encourage that growth. Khalia Collier, owner and general manager of the Surge and league commissioner of the new and highly competitive Global Women’s Basketball Association (GWBA), was hungry to try something new.

Her goals? Increase fan engagement with Surge players and the team, sell more season and individual game tickets, and introduce new branded merchandise. Working with Capturelife, Khalia and her team found a winning formula to create a personalized fan experience that helps her deliver on her objectives.

With Capturelife, Khalia and team were able to create an exciting Surge Experience, giving fans access to proprietary content delivered only within the Capturelife app – player photos, behind the scenes access, notifications for exclusive opportunities and promotions, as well as branded content.

A great fan experience starts with a solid playbook.

A lot happens on game day, and to introduce a live-action fan experience is just one of hundreds of moving parts and pieces. To ensure smooth operations and enhance the excitement of the game, Capturelife worked closely with the Surge to create a game day playbook that would leverage the action from start to finish and give everyone the guide to understand what happens when.

This playbook became the plan to coordinate all game day operations – from gate entry, announcements, pre- and post-game notifications and photography, as well as action shots, candids of fans, and unique promotions. Having the playbook was the key to coordinating a painless “as it happens” experience before, during and after each game. The result was a seamless approach easily managed by two key individuals, the team photographer and the Capturelife experience manager. Here’s a run-down on what the playbook entailed. 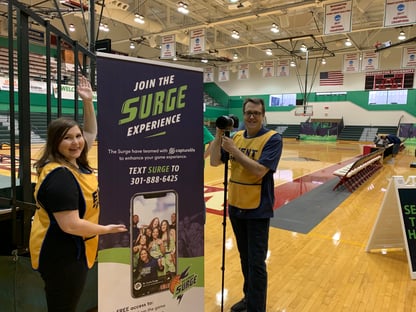 Email and social media posts before the game introduced Surge fans to the Surge Experience and included a link to download the Capturelife app to their smartphone. And at the gate, fans received a flyer with information to text “surge” to a pre-assigned telephone number, which took them to the app and experience. This, along with live announcements during breaks, encouraged fans to get in on the excitement and exclusive offers.

Once a fan downloads the app, they are greeted with a branded Surge Experience story. This master story builds over the season with each and every game. Notifications within the Surge Experience get them started, introducing them to the Surge with their latest team video, easy access to review and purchase tickets for upcoming games, and opportunities to purchase Surge merchandise. These notifications remain so fans have easy access year-round. 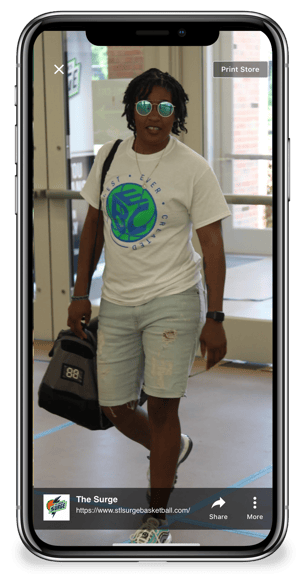 Any fan with the Capturelife app, whether at the game or not, received notifications of unique team activity. From player shots as they enter the arena, to the locker room prep talk and warm up, professional photos were uploaded to the Capturelife portal, reviewed and then easily scheduled for delivery to Surge fans, heightening anticipation for every game. Because the goal was a rich experience, pre-game videos of warm-ups and the player scrum were added deeper into the season.

Delivering the action – from tip-off to final basket

Quarter by quarter, the Surge team photographer would concentrate on the action and excitement – creating the highlight reel that fans love. At the close of each quarter, photos would be reviewed and selected, and then uploaded to the Capturelife portal for scheduling and delivery. Within the portal, dynamic drag and drop features allow the experience manager to control the sequencing of the game shots. Once satisfied, the quarter’s highlights are delivered with push notifications alerting fans of the recap, including a marquee shot that includes an overlay of each quarter’s score.

The Surge Fan Zone is Like seeing your face on the jumbotron – only better. Capturelife and the Surge created the Fan Zone to capture fans enjoying the game and deliver them a personal memory. Once the quarter ended, the photographer would roam the stands to take fan shots,  scanning the unique consumer QR code within the Capturelife app with a blue-tooth tethered scanner. That linked the fan photo taken in the camera directly to that individual – so their own personal memory of the game could be delivered to them right In the Capturelife app. 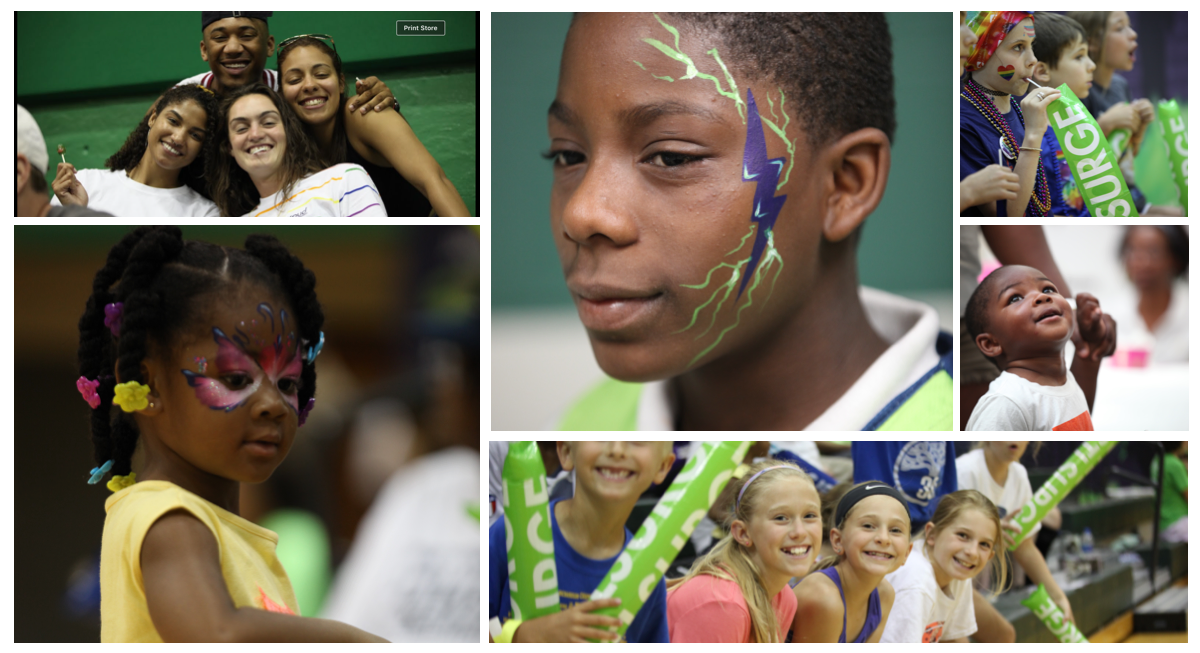 Push notifications, halftime and 3rd quarter announcements alerted fans to an exclusive photo opportunity with the player of the game immediately following the game. Once again, the unique QR code was used to take the fan and player photo, and then deliver it privately and personally to them. 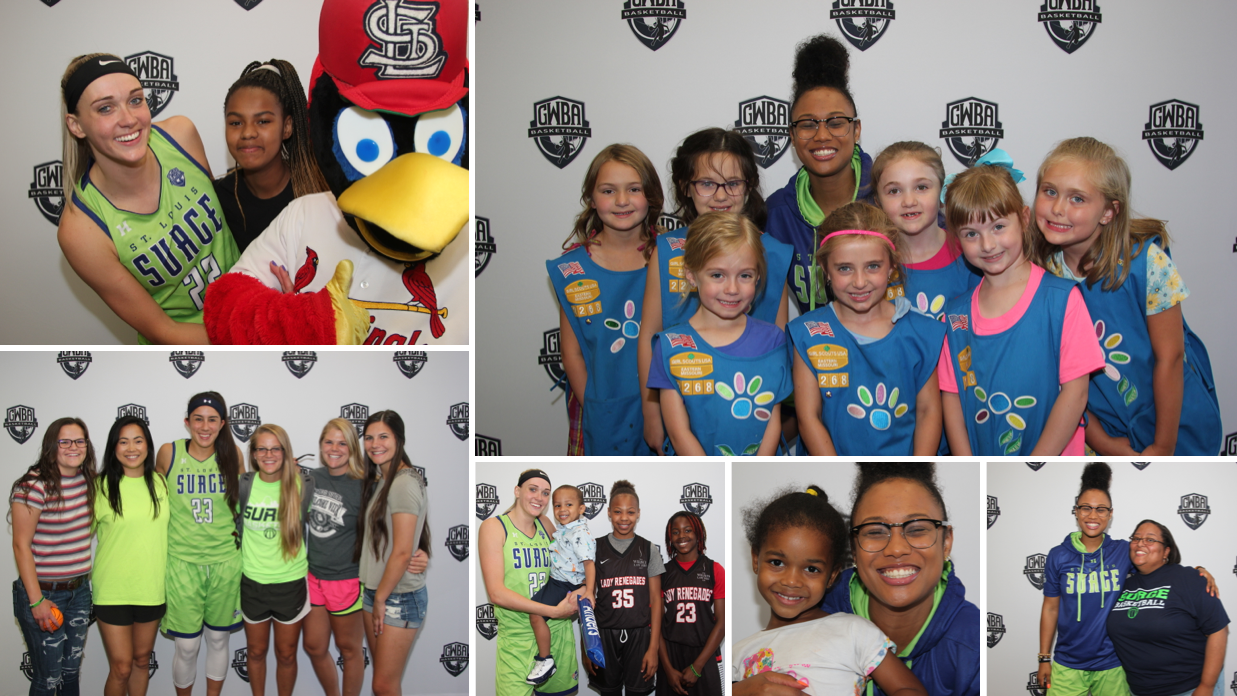 The real magic of the Surge Experience?

The proof of this novel fan engagement approach was the excitement it generated during the game for fans in the seats, as well as those unable to make the game. Khalia heard from her fans that they felt more connected to the team and the players, even if they weren’t at the game. 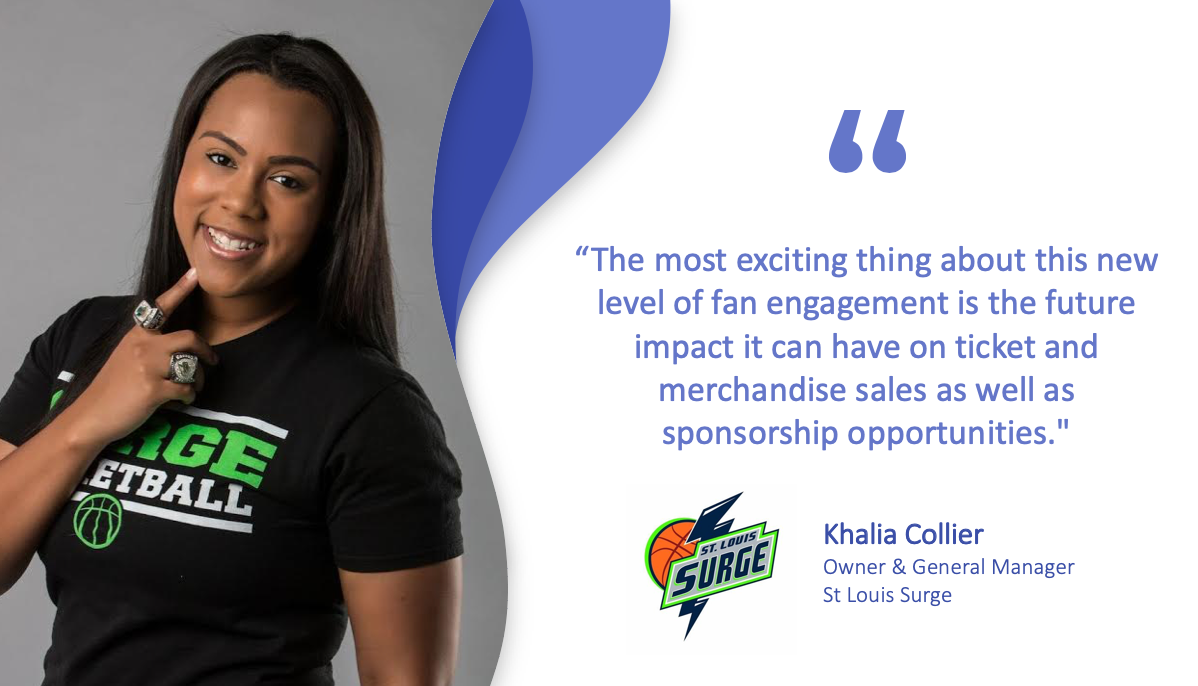 "Capturelife gives fans the ultimate unique experience from start to finish! Our Surge fans now have a great new way to engage with the team in the stadium and on the road – cheering the team on all season with the CaptureLife app,” raved Khalia, team owner and general manager. “The most exciting thing about this new level of fan engagement is the future impact it can have on ticket and merchandise sales as well as sponsorship opportunities."

Surge athletes got in on the action, too, choreographing their entrance to the arena with signature ensembles including shades and shoes. Many loved the Capturelife app so much, they’d share their photos and shots from the game in their own social media accounts. Brittany Carter, one of the Surge’s leading players let everyone know her thoughts by commenting “Capturelife is dope!”

With a successful 2019 home stand a wrap, the Surge now have a playbook they can execute to keep their fans engaged and coming back for more next year!